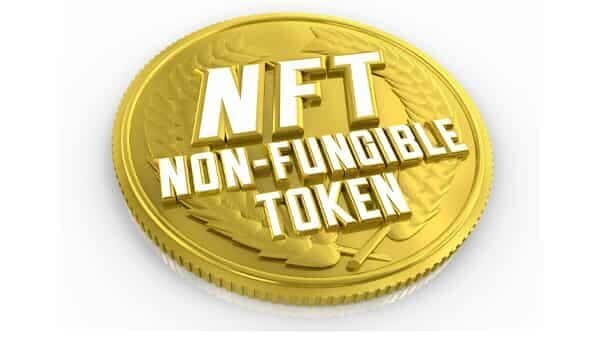 Know your rights before investing in digital assets

Lumen completes the sale of its Latin American business to Stonepeak

The turmoil in the cryptocurrency market intensified with news on Monday that major crypto hedge fund, Three Arrows Capital, defaulted on loans worth a total of $670 million.

The money is owed to digital asset brokerage Voyager Capital, which issued a notice that Three Arrows failed to repay a $350 million loan in the USDC stablecoin as well as approximately $323 million in bitcoin dollars.

Three Arrows’ problems stem from the crypto market crisis that erupted last month when so-called stablecoins TerraUSD and its sister stablecoin Luna crashed, resulting in losses of billions of dollars.

Stablecoins were touted as bringing stability to the crypto market, as they were supposed to be pegged to the US dollar and functioned analogously to tokens in a gambling casino that could be cashed in at full value. In May, however, they fell below dollar parity.

Three Arrows had invested heavily in Luna which fell to virtually zero.

As warnings about Three Arrows’ impending default have spread over the past week, attention has turned to Voyager Capital, whose shares fell more than 60% last Wednesday.

Following confirmation of the default, Voyager issued a statement aimed at trying to contain fears of contagion across the broader crypto market. The overall market capitalization fell from $3 trillion last November to around $900 billion, a loss of almost 70%.

Voyager CEO Stephen Ehrlich said the company was “working diligently and quickly to strengthen our balance sheet and pursuing options so that we can meet customer demands for liquidity.”

The fear of contagion stems from widespread borrowing by Three Arrows, one of the largest crypto asset hedge funds, from a range of companies to fund its investments in a number of digital assets. There are concerns that Voyager is not the only company to face major losses.

“What needs to be seen is if there are any significant players left who were exposed to it, which could cause further contagion,” Vijay Ayyar, vice president of crypto exchange Luno, told the commercial channel CNBC.

A recent article in the FinancialTimes noted, “The deflating bubble in digital assets has exposed a fragile system of credit and leverage in crypto similar to the credit crunch that enveloped the traditional sector in 2008.”

The crypto market was “sold” on the basis that it offered an alternative to the official financial system that offered protection against inflation and currency movements. It has even been touted as a form of “digital gold”. But its rise over the past decade has proven entirely dependent on the flow of cheap money from the Fed and other central banks.

Valuations were inflated by a series of complex arrangements and agreements – what the FT called “financial gymnastics” – which left “huge towers of borrowing and notional value hovering above the same underlying assets”.

This inverted pyramid could be maintained as long as crypto prices continue to rise, but inflation and the Fed’s aggressive interest rate hikes have led to a general decline in asset prices, prompting investors to withdraw their silver.

Some companies are unable to pay. Earlier this month, Celsius Network, which operates as a sort of bank for cryptocurrencies, announced that “due to extreme market conditions” it was suspending all withdrawals and transfers between trading accounts for the place them in a “better position to meet, over time, their withdrawal obligations.

Since that announcement, his position seems to have deteriorated. The the wall street journal reported on Monday that Celsius had hired restructuring consultants from a large company “to advise them on a potential bankruptcy filing.”

The WSJ also reported that short sellers are “stepping up bets against Tether, the world’s largest stablecoin.” Short selling involves borrowing an asset which is then sold in the hope that its price will fall. It is then purchased and returned to the lender with a profit made on the difference in price.

According to the article, the short selling was undertaken by “traditional hedge funds” and involves transactions worth “hundreds of millions” of dollars.

Tether is the most widely traded stablecoin in the world and is believed to be backed by silver, commercial paper, precious metals and government bonds as well as digital tokens.

However, its foundations were shaken during the collapse of TerraUSD in May, when it broke the dollar parity and briefly traded at 95 cents.

Since then, according to the WSJ, short sellers have claimed that most commercial paper tether holdings are backed by debt-ridden Chinese property developers.

The firm said “these rumors are completely untrue” and indicated that hedge funds “seek to generate returns by creating arbitrage opportunities based on these rumours.”

Either way, hedge funds might work well according to the maxim of 19th-century German Chancellor Otto von Bismarck, who said he never believed the truth of a claim until it did. had not been officially denied.

Regardless of where individual traders stand in the crypto world, falling market valuations are driven by changes in the financial system as a whole.

While the value of the main cryptocurrency, bitcoin, has stabilized at around $20,000 from nearly $70,000 last November, this may just be a temporary pause.

“A Fed tightening will expose more crypto firms to excessive credit risk by withdrawing liquidity and raising rates, which will reduce the value of the coins that many of these leveraged systems depend on,” said she declared.

It is not just the crypto market that is affected by the drastic change in financial conditions. The tech-heavy, interest-rate sensitive NASDAQ index is down more than 30% from its all-time highs as the drop in the price of major stocks fell much more significantly.

Shares of TV streaming service Netflix are down 75% from their 2021 highs. Shares of cryptocurrency exchange operator Coinbase, whose public listing in April last year fell accompanied with great fanfare by a market valuation of 47 billion dollars, plunged 86%. The share of cinema chain AMC, once touted as so-called meme stock at the start of 2021, has fallen 80%.